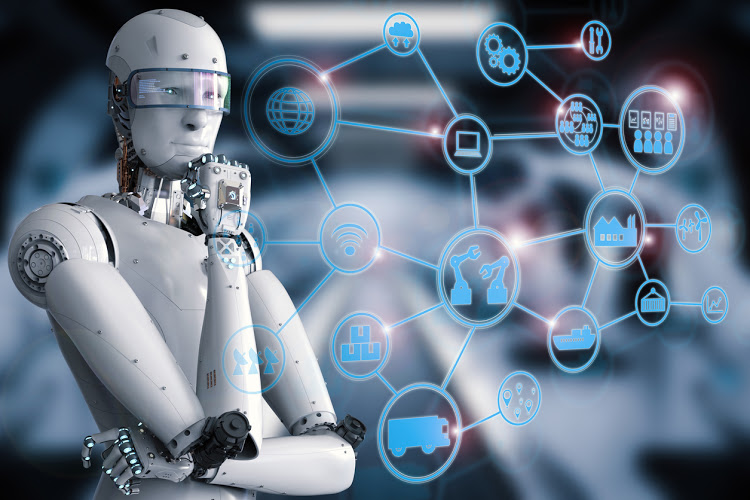 In recent years, Internet of Things (IoT) has become a bellwether of Industry 4.0, representing the convergence of cutting-edge technologies like autonomous robotics, Single Board Computers, blockchain and Artificial Intelligence.  Cisco analysts have estimated that before the end of 2021 there will exist 3.5 connected devices for every person on the planet.

Contrary to the Whig Theory of History, however, technological progress is not steady and ceaseless.  There are ups and downs, booms and busts. Humans do improve their standard of living over time, but only through a process of creative trial and error and frequent returns to the idiomatic drawing board.

Entrepreneurial opportunities do abound within the marketplace for IoT solutions.  Hardware, software, middleware, networking protocols, utilities and hosting services are just a few of the commercial items that consumers are demanding with increased enthusiasm.  Aspiring entrepreneurs face prodigious challenges within such a nascent sector, as the novelty of their products and the inherent fickleness of consumers keep even the most self-assured business managers alert for signs that a strategic pivot is needed.

Entrepreneurship is a calculated risk

There is significant money being invested into IoT.  Expectations are that the 2023 market for smart technologies will reach a global value of $US 724.2 billion.  Microsoft, for example, earmarked $US 5 billion for underwriting IoT investments between 2018 and 2023.

Many entrepreneurs with relatively modest resources have also found great success with their IoT enterprises.  Creativity is paramount for this budding marketplace, and risk aversion can be more of an impediment than it is in established industries with mature processes.

Still, close to 75% of IoT startups end up failing.  In fact, there are so many IoT startups coming & going, some entrepreneurs have identified a secondary market for providing consumers with information about which startups gave it a try but ended up closing their doors.

Hardware manufacturers have a particularly steep hill to climb.  Bringing connected devices to consumers involves a full-stack commitment comprising not only prototyping and scaling production for the hardware itself, but also the development and maintenance of all software, firmware and drivers necessary to sustain functionality for the primary product.  As William A. Bubenicek lamented in his article Why IoT Device Startups Are Failing Today: “This amplifies the risk exponentially.”

Many entrepreneurs whose IoT businesses failed to remain solvent have offered subsequent advice to others who might be thinking of starting their own venture or investing in one already underway.  Some companies even gain popularity as ghosts on the Internet when their founders open up about the mistakes they and their coworkers made.

The following companies, while not around any longer, inspired post mortem analyses to detail how and why a typical IoT business model might fail:

There are hundreds of similar stories.  Even so, the initiative that all entrepreneurs demonstrate is admirable, and no legitimate economic reward is possible without taking considerable risks.  The key to success is learning something new every day and considering all setbacks as valuable lessons that will improve future performance.

Not all failed IoT ventures disappear from history.  Aspects of some business models live on as spin-off companies, and some enterprising entrepreneurs are able to create entirely new business models to satisfy consumer demands that are complementary to IoT products.

Rebble, for example, is a website and subscription service created in 2018 to offer support and restore connectivity for the discontinued Pebble smartwatch.  There are also numerous networking protocol implementations, operating systems, edge computing devices and platforms that began as IoT value streams before gaining industry-wide acceptance as popular solutions and de facto standards.

A clear takeaway from IoT startups of all kinds is that riffing off someone else’s ideas will increase the total amount of innovation taking place.  Be careful to research the potential for Intellectual Property clashes, and always consult with a qualified IP attorney before committing to a strategy.

Other learning outcomes for entrepreneurs interested in IoT startups include:

Industry 4.0 brings new challenges for entrepreneurs, as consumers have knowledge at their smartphone-tapping fingertips and competitors are manic regarding their time to market rush.  Above all else, keep in mind that even in this modern world of positivism and the scientific method, humans are hardwired to be as creative as they are analytical.