Controlling harmful fungi, such as powdery mildew, in greenhouses 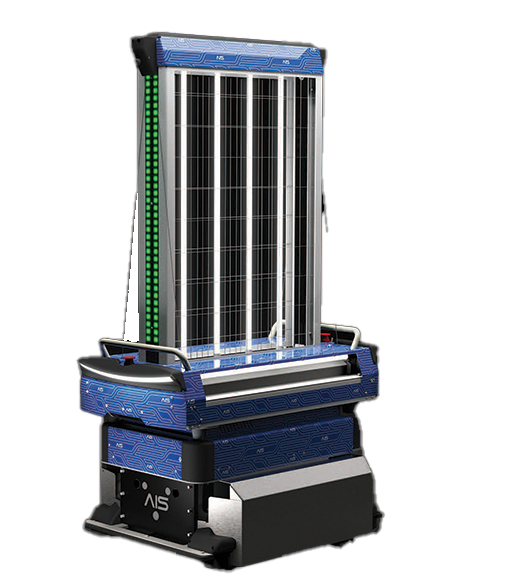 Phoenix is a UV-C robot used for sustainably controlling harmful fungi, such as powdery mildew, in greenhouses. Powdery mildew is a common fungal disease that affects a wide variety of plants. Controlling powdery mildew is a challenge for the growers and it is conventionally treated by using fungicides. Tomato and cucumber plants suffer from mildew when there is a sudden change in humidity and temperature. The mildew can spread fast and can be detrimental to the plants. The effect of mildew is significant in vegetable farming. As an example, in nurseries and greenhouses that grow cocktail cucumbers, mildew can cause a reduction in yield by up to 40%. Fungi are major diseases in the vegetable, fruit, and cannabis industries that can result in stunted plant growth and significant yield loss. Fungi are traditionally controlled through the application of chemicals and fungicides, which are not always effective and can lower crop yields.

UV-C lights can be used to kill the pathogen responsible for powdery mildew by damaging its DNA such that it can no longer replicate therefore powdery mildew is controlled. Using UV- C lights in greenhouses to prevent powdery mildew could greatly reduce the need for fungicide applications. As UV-C technology involves a particular spectrum of non-visible light and it is non-penetrative, there is no residue left behind after the treatment.

AIS has developed Phoenix in collaboration with industry growers to help them combat fungi by combining UV-C technology, autonomous robotics, and AI. Scientific studies have confirmed UV-C technology as an environmentally friendly and effective solution for controlling fungi.