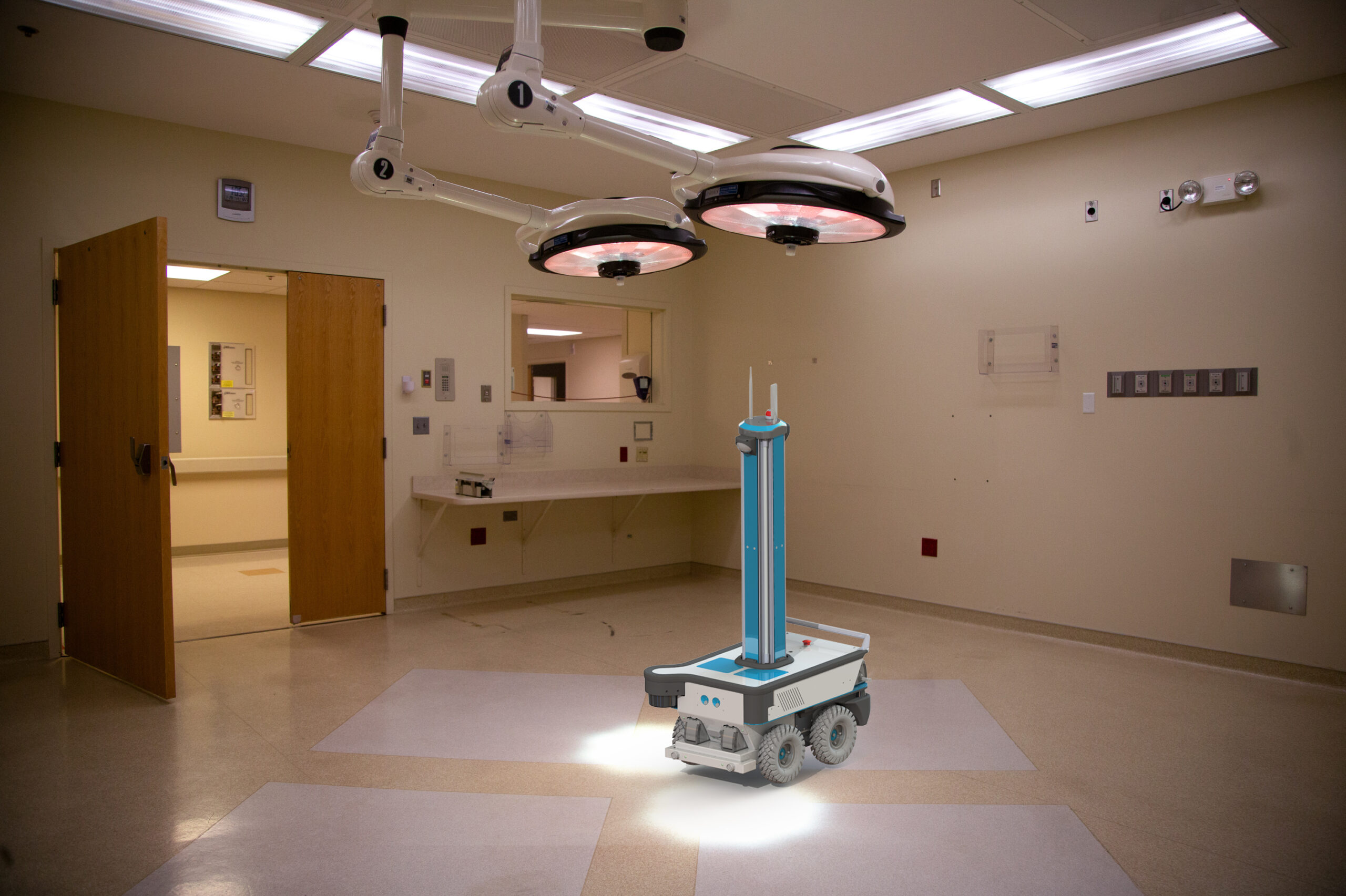 What happened: Supercluster selects B.C. robotics projects for funding.
Why it matters: Projects aim to use robots to help clean facilities amid pandemic?

Visits to Vancouver General Hospital (VGH) may soon feel like visits to the future as made-in-B.C. robots prep for deployment to help stop the spread of COVID-19.

“People have started to see robots in a lot of places that they weren’t expecting to see robots, so this is no different than that. In fact, I think this will be a welcomed addition to the environment because of the current situation with COVID and with how people are aware less contact means better safety and security,” said Advanced Intelligent Systems Inc. (AIS) CEO Afshin Doust.

His Burnaby-based company is producing a robot that can map large-scale environments like hospitals, navigate to designated points that require cleaning and then perform hands-free and human-free UV disinfection.

The AIS project is among five selected to tap a total of $5 million from the Ontario-based Advanced Manufacturing Supercluster to pursue advances in robotics to help disinfect facilities during the pandemic.

Two Vancouver companies, A&K Robotics Inc. and Sanctuary AI, are also collaborating on a project funded by the supercluster that will develop and produce a self-driving robot known as Amrud, which will autonomously disinfect large floor spaces and high-touch areas.

The AIS project is currently awaiting approval from Mitacs, a non-profit that operates training and research programs for masters and PhD students, to engage with scientists from the University of B.C. to gain access to labs on campus, as well as access to VGH.

After the approval is granted, AIS will be able to begin on-site testing for the robots at one of those two facilities.

Doust is hoping the approval to come through in the next week or two.

“We have one robot that’s ready to go in now and in July we’ll be creating two more,” he said, adding AIS is working with a manufacturing partner in Canada to produce the robots.

“We do have plans for scaling this as the need arises and in order to produce more in the coming months.”

AIS got its start in 2014 trying to address labour shortage issues at horticultural nurseries through autonomous machinery, but it has since been branching out into agriculture.

The company has already developed the hardware and software necessary for robots to navigate locations and perform tasks, allowing it to deploy the UV disinfection robots relatively quickly into the pandemic. 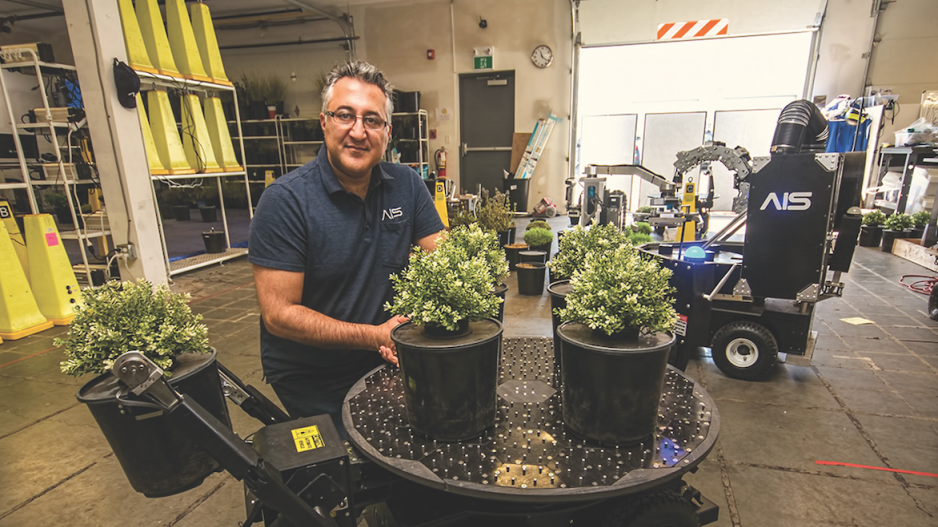 Advanced Intelligent Systems CEO Afshin Doust with one of the company’s robots, originally built with the intention of serving the agricultural sector | Photo: Chung Chow, BIV

“We said let’s create modules — robotic modules — and let’s use this module to help other companies lower their development time and development costs of creating new robots,” Doust said.

“You know how they say you project something into the universe and the universe conspires to make it happen? … People started reaching out to us to say, ‘Hey, can we use your robots in order to create UV-disinfecting robots out of them?’ And we said, ‘Yes, we do have the modules.’”

The only thing that needed to be added were the UV lights that could disinfect surfaces.

Beyond hospital and lab settings, Doust said there is the potential for such robots to be deployed to disinfect everything from shopping malls to manufacturing plants in a bid to make those settings safer.

He said Canadian trade commissioners have received inquiries from other countries about the robots’ potential.

“The market is definitely there for us to enter the U.S., South America, Europe, Asia,” he said.

“But we are concentrating right now on delivering this solution locally to Canadians to make sure that we do help in our own backyard before we start expanding the market.”

AIS has developed a business model centred on “robot as a service,” or RaaS – a take on SaaS, or software as a service – allowing companies to rent these machines instead of dropping significant amounts of capital all at once.

Clients in the agriculture business, which is also facing challenges in the pandemic, aren’t typically looking to cut existing jobs but are instead dealing with persistent labour shortages that stunt company growth.

Doust said the pandemic has had the effect of accelerating business plans already in the works prior to the COVID-19 crisis.

“What I see for AIS in the future is we’ll probably be pivoting into creating a lot more robots for different verticals and we’ll also be using our modules to allow our colleagues in other robotic companies to be able to produce robots faster and at a cheaper price.”

Link to the article in Business Vancouver.